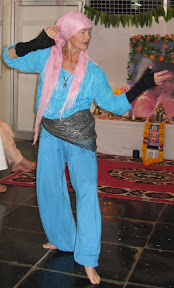 Working originally as a social worker, masseur, herbalist, and with many years experience of giving treatments and personal development courses, my artistic expression has taken the form of painting, sculpture and dance improvisation. By using meditative methods in my creative process, I hope to express and suggest a reality beyond our everyday limitations. I wish to invite the viewer to enter deeper inside him/ herself and to find his or her own truth and creativity.

Background: I was born in Finland 1946 but have been living in Sweden since 1970. My first inspiration to begin painting was on a trip to England in 1973, where I witnessed an artist working on an oil paining. I started to experiment when I returned to Sweden. I worked through many technical obstacles and let myself be inspired by the great masters. After a while I was freer and could find the motifs, images and emotions within me that I expressed on the canvas. Painting gave me stability and balance in life. I was a student at the Foundation School of Art in Stockholm (Grundskolan för Konstnärlig Utbildning) in 1979- 1980. After that came a period of deepening interest in alternative therapy methods and personal development, which later came to inspire my artistic work. I studied deep massage, energy balancing, dance, yoga and meditation, and I travelled to India several times to visit a spiritual master. Later I encountered Vedic Art, an artistic method focusing on painting which combines creativity with personal growth, and my images developed to become more cosmic and visionary. Together with my journeys to India, Africa etc, principles of Vedic Art are my richest sources for creative inspiration.

Several years ago I was stricken with a neurological illness and since then I have had the opportunity to be a full time artist. I mainly use acrylic, pastels, watercolours and mixed media in my work. During the past ten years apart from frequent exhibitions of paintings, I have also exhibited miniature wooden sculptures. I have developed my own dance-method which is an improvised form inspired by meditation and Essential Motion. Nowadays I often open my exhibitions with a dance performance. At present my work is to combine my creativity with giving treatments, individual sessions and courses for groups in dance, Essential Motion, a movement and dance method, and Vedic Art.

Reviews: ”… When all the high ambitions are gone and what remains is a pure and simple desire to paint, a trace of life’s meaning, her images touch me and I am affected by her radiation” Stig Åke Stålnacke, Lommabladet, Malmö, 1997 ”Monica Gorschelnik, who has lived in Stjärnsund for about 14 years and has over time become a well-known persona in the south of Dalarna with her typical artwork and with her expressive dance, knows how to let the light play in her paintings.” Kerstin Eriksson, Dalademokraten, 2004 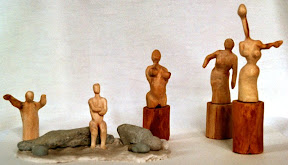 Represented: in the art book of 1998-1999:   ̈Who is Who in International Art ̈,Switzerland.
Säter’s Cultural Institution. Säter 2004.
Ayurvedic Hospital in Puttaparthi, India 1997

With Google+ plugin by Geoff Janes